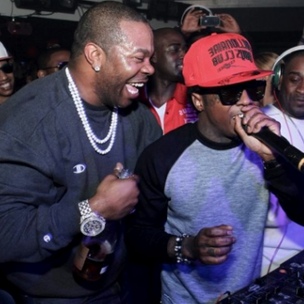 When Lil Wayne made headlines last week, bluntly saying, “Flat out, I don’t like New York,” fans and media were stunned. They shouldn’t be.

While everyone points to Wayne’s gun conviction in the Big Apple, as well as Peter Rosenberg’s foolish rant against Nicki Minaj, Tunechi’s problems with NYC go back at least to 2006. In his duet with Robin Thicke, “Shooter,” Wayne quite eloquently expressed the sentiments of dozens of Southern rappers before, and dozens since:

“And to the radio stations, I’m tired of being patient / Stop being rapper racists, region-haters / Spectators, dictators, behind door dick-takers / It’s outrageous! You don’t know how sick you make us / I want to throw up like chips in Vegas,” rhymes an audibly irritated Wayne. If it’s not clear at this point that he’s talking about East Coast Hip Hop radio—with New York being the bastion of it—Weezy removes all doubt with his last line: “But this is Southern, face it / If we too simple, then y’all don’t get the basics.”

New York has long had a superiority complex. Hip Hop’s roots are credited to New York—in particular, the Bronx. In its early days the game was critically and commercially ruled by mainstays like KRS-One, LL Cool J, Run-DMC and the Beastie Boys. However, by the early ‘90s, New York had become like American car companies: making products that no one wanted to buy. NYC was falling drastically behind the imports—the West Coast. Russell Simmons, responsible for helping define so much of the East Coast Hip Hop’s sound, explains the phenomenon in his book, Life And Def:

“The East Coast (primarily New York, New Jersey, Philadelphia and D.C.) had a lot of power in marketing, promoting and breaking acts. Whether it was BET, MTV Jams or the editors of rap magazines, all of these key hip-hop media outlets were (and still are) heavily influenced by New York hip-hop DJs, whose playlists reflect local taste. As a result, things happening musically on the West Coast and in the South were not getting great support from New York tastemakers. This made it difficult for these acts and their culture to be exposed in the same way that New York was exposed in Los Angeles. New Yorkers started to take their dominance for granted and became elitist, and that’s why L.A. kicked our ass so hard. We in New York are no longer making what America wanted to hear, and L.A. was.”

Does Simmons’ assessment remind you of anything? It should. Though the South has been dominating the Hip Hop game since the early-to-mid-2000s, New York artists have still been largely reluctant to give emcees from below the Mason Dixon line. From Nas’ whiny Hip Hop Is Dead, which a number of Southern artists rightly took umbrage to, to Mysonne’s response to Wayne (garnering a giant “who cares?”), Southern emcees have struggled to gain a modicum of respect from their East Coast peers. Even today, Outkast, Scarface, and UGK are considered the exception—not the rule. And while New Yorkers love DJ Premier, they drag their feet in mentioning that he is a Houston native. Commercially, DMX’s …And then there Was X, 50 Cent’s Get Rich or Die Tryin’ and The Massacre, and Jay-Z’s Vol. 3…Life And Times of Shawn Carter were the only top-sellers from New York to be released in the aughts. Note that only The Massacre was a post-2003 release, and that Vol. 3 dropped in ’99.

Emcees who’ve failed to embrace the Southern shift in Hip Hop in one way or another, have largely fallen to the wayside. An entire generation of New York emcees (Grafh, Papoose, etc.) never got their careers off of the ground, assuming that simply being an above-average lyricist from a New York borough would be enough to launch a career. Others, like Fat Joe, eventually took to pandering. Is this to suggest that New York emcees should all be rapping about wood grain and candy paint? Of course not. But one emcee’s foresight into the South’s eventual dominance is a perfect example of how not being elitist is a huge asset in the cut-throat Rap game.

Well before Outkast was going diamond and Houston had a career year with Slim Thug and Paul Wall, Jay-Z was embracing his Southern counterparts. Including UGK on the smash hit “Big Pimpin’” was not only a stroke of artistic genius, but it was a shrewd move by Hov to move from being a regional artist to one that many Hip Hop scenes could relate to. Among Jay’s most prolific collaborators have been Timbaland, whose credits include “Big Pimpin,” “Nigga What, Nigga Who,” and “Dirt Off Your Shoulders.” Fellow Virginia native, Pharrell, is a close second with contributions such as “I Just Wanna Love U, (Give It 2 Me)” and “Excuse Me Miss.” Jay didn’t just use these producers on throw-away cuts, either—they’ve been his go-to hitmakers for years. And let’s not forget Jay’s appearance on the “Ha” remix. Even in 1998 Jay was branching out, standing out as the only non-Cash Money artist on Juvenile’s 400 Degreez.

And what’s the result of Jay-Z’s forward thinking? Well, he’s outlasted every generation of New York emcee since the late ‘80s. Sure, Hov is an outstanding emcee and boasts some one of Hip Hop’s finest catalogues, but it’d be foolish to think that Shawn Carter doesn’t owe part of his success to Southern Hip Hop and Southern Hip Hop fans.

The Originator, None Greater

“New York, in the early years of Hip Hop’s development, was looked on rather resentfully. Since New York birthed Hip Hop, they were slow to acknowledge or even give props to any areas or cities that weren’t within the five boroughs. Keep in mind that it took [years for] legends from Long Island and Staten Island to emerge before two were even acknowledged by New York. And they were in New York!”

New York’s attitude negatively impacted some of its East Coast counterparts, despite their significant contributions.

“The greatest deejays overall were in Philly; we all know this,” said Adams. “Many of Marley Marl and the earliest incarnations of the Juice Crew released their records on Philly Hip Hop label Pop Art. Before that, Philly had a burgeoning graf scene years before New York’s exploded. Many of the most respected pioneers in Hip Hop in the realms of production, emceeing and deejaying in the New York Hip Hop scene were actually from New Jersey. When we talk about the producers in Hip Hop that made sampling the new production aesthetic, we often mention Marley Marl, Ced Gee or Paul C. But many forget that [New Jersey’s] DJ Mark The 45 King was right there with them if not possibly better. The loaded crew Flavor Unit (Chill Rob G, Latee, Lakim Shabazz, Double J, Markey Fresh, etc.) made people recognize that New Jersey was chock-full of emcees. That lineage continues on with Queen Latifah, Apache, Treach, Tame One, El Da Sensei, Outsidaz, Redman, etc. Even the Sugar Hill Gang were from New Jersey.”

“Boston’s contributions to early Hip Hop (and New York’s entire music scene in general) are overlooked by everyone but Bostonians,” Adams added. “Arthur Baker, Michael Jonzun and Maurice Starr were instrumental in making a great deal of hits for Tommy Boy Records that people see to this day as New York Hip Hop anthems. Whether it be ‘Jazzy Sensation,’ ‘Play At Your Own Risk,’ ‘Planet Rock,’ ‘Looking For The Perfect Beat,’ ‘ Freez,’ ‘I.O.U.’ and New Order’s ‘Confusion,’ amongst others, Boston producers not only made huge Hip Hop records, but they were pioneers in the Electro sound (which blew up in the West Coast, specifically L.A. Talk about irony).”

“While Boston was the second city to get a Hip Hop radio show after New York, it was a popular tour destination for New York emcees. Labels used to cherry pick talent from Boston for years, and there was a history of Bostonians in New York’s music industry that were never acknowledged. Same for Connecticut. Much in the same way New Jersey, Philly and Boston had made significant contributions to the New York Hip Hop scene and were the first places Hip Hop reached after it spread outside of the Bronx then the outer boroughs, Connecticut never was recognized for its role in New York Hip Hop. Outside of The Skinny Boys, Connecticut was inside the tri-state area so it was infused with Hip Hop rather early on. Many Connecticut natives were living in New York and contributing to its scene (as evidenced by the compilation ‘The Third Unheard’). What if Dooley-O never used the Skull Snaps drums on ‘It’s A New Day’ and let his cousin who was a backup dancer for EPMD, Stezo (also from Connecticut) rock it on ‘It’s My Turn?’ We had Chris Lowe, who was right there with Paul C, Paul Juice (later Large Professor), EPMD, Stezo and Dooley-O in the early days and later was an affiliate of the Hit Squad (and some think he’s Mr. Bozack).”

“In any event, when Rodney O & Joe Cooley made the Fuck New York album in 1993 out of frustration of them not recognizing other cities as being ‘Hip Hop’ (although it was largely in response to Tim Dog’s ‘Fuck Compton’ and later Masta Ace Inc.’s Slaughtahouse), I could understand where they were coming from…”

Circling back to the controversy surrounding Lil Wayne’s comments, New York finds itself making the same mistake it made with the South in the mid-2000s, with the West Coast in the early ‘90s (note, by the way, that some of Ice Cube’s most successful work was produced by Long Island production collective the Bomb Squad), and with surrounding regions that contributed to New York’s cultural Hip Hop boom. Whether it’s a misguided statement by a Hot 97 deejay, or a senator with too much time on his hands (and the mistaken belief that Hollis, Queens is the birthplace of Hip Hop), New York would be well-served to practice some humility, rather than cling to an outdated idea that it still runs the game.

However, there are some promising signs. Despite Peter Rosenberg’s rants, his Hot 97—where Hip Hop lives, allegedly—embraces a much more diverse sound, regionally-speaking, than it used to. Only six of the current songs on Hot 97’s playlist are accredited to New York artists. The other 25 come from the likes of T.I., 2 Chainz and Loverance. Sure, one can argue that having 2 Chainz at the top of your playlist is no great victory, but it shows that New Yorkers are at least embracing more than one type of sound. New York emcees have also branched out, with Harlem native A$AP Rocky gathering support “despite” his Houston-inspired sound. Rocky, who fairly recently brought out Master P at one of his shows, found influences not just from New York crews like Wu-Tang Clan, Mobb Deep, and The Diplomats, but also Southern staples like UGK and Three 6 Mafia. It’s almost poetic that a rapper named after Rakim, the standard by which all New York Rap is (was?) measured, is defying regional expectations by simply making the style of music that suits him best. This isn’t to say making country-fried Rap in 2012 automatically makes you better, but open-mindedness is encouraging in a genre with such a deep history of regional bias.

Slava Kuperstein is an Ellicott City, Maryland native by way of Odessa, Ukraine who has been writing for HipHopDX since 2006. Follow him on Twitter @SlavaK87.