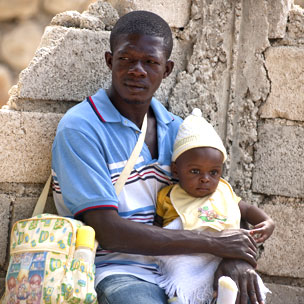 In honor of Father’s Day weekend, writer/journalist Jamiyl Samuels shared chapter 14 “The Golden Era” from his forthcoming book, Pass The Torch: How A Young Black Father Challenges the “Deadbeat Dad” Stereotype, which will be available for sale later this month.

As a father, as well as a veteran writer about the culture of Hip Hop, DX asked Jamiyl to share this chapter, which speaks about the subject of parenthood in Hip Hop, and what the generation of kids during the music’s “golden era” witnessed.

The portions below are republished with the author’s permission, and have not been edited in any way:

“Those who saw the documentary released in March of 2011 on ESPN of The Fab Five, the film based on the five Black freshman that went to the University of Michigan in the fall of 1991 and started for the varsity basketball team that year leading the school to two straight NCAA title games, saw the “Five” Jalen Rose, Juwan Howard, Chris Weber, Jimmy King and Ray Jackson shout out the different music they were listening to on the road. Of the groups mentioned EPMD, Compton’s Most Wanted, N.W.A, and Public Enemy were in their heavy rotation.

The era from 1986-1994, widely known as the “golden era” of Hip Hop, produced a lot of classic, fun-loving, music that defined the genre from groups like Kid n’ Play, Eric B & Rakim and soloists Big Daddy Kane and Slick Rick. To a generation of youth Hip Hop was the soundtrack of their lives.

The “golden era” also spawned a plethora of artists with an affinity to speak on the inequities in the communities they were raised in. There were a lot of important political and racial issues affecting the community and artists used music as a platform to voice their opinion. Groups like the aforementioned Public Enemy spoke out against institutionalized racism, political and social injustice, whereas Queen Latifah championed the plight of women with “Ladies First”.

From the inception of the MC, the lyrics have reflected their environment. The “golden era” was also a period where artists were known to take chances in their music, touching on subject matter that didn’t conform to what was popular.

Parenthood was a very important topic in Hip Hop music. The year 1991 spawned Tupac Shakur’s classic “Brenda’s Got A Baby”, a song that follows a teenage prostitute who gets pregnant and leaves her newborn baby in the dumpster, Naughty By Nature’s “Ghetto Bastard”, group leader Treach’s account of growing up without a father, and Ed O.G. & Da Bulldogs “Be A Father to Your Child”, a scathing admonishment to so-called “deadbeat dads”. The aforementioned songs all appeared on the debut albums of all three artists, showing the importance of speaking on real issues without regard for how their respective record sales would be affected.

Most recently, superstar hip hop artists like Jay-Z, Nas and Common have incorporated fatherhood in their music.

Brooklyn-born artist Jay-Z regularly mentions the pain he felt when his father left his family when he was a young boy and the effect it had on how he became a man and his relationships with women. Songs like “Where Have You Been” off of his 2000 album The Dynasty showcase a scarred and angry Shawn Carter reliving the painful years growing up without the man he once thought of as his hero, questioning whether the man remembered his birthday among other things. The track is made even more poignant by the song-stealing cameo turned in by a tearful Beanie Siegel who claims his father “turned him out”.

The Notorious B.I.G. had harsh words for his father on his debut when he spit: “ready to die why I act that way/ pop duke left mom duke the faggot took the back way…”. The father-son relationship in Hip Hop was not all caustic. Nas who was estranged from his father kept up enough of a cordial relationship to allow the jazz musician a solo on “Life’s A Bitch” off of his debut Illmatic and a duet on Streets Disciple. Common let his dad freestyle at the end of two of his albums and Jay-Z finally made amends with his terminally ill father before he passed.

I have to say the “golden era” was my favorite time in hip hop music. I wish it could have lasted forever, but that would be more than naïve to think so. To use the sports analogy (because I love music and sports if you haven’t noticed already), the superstars of the 80’s get older and eventually have to step aside for the younger generation. Jordan had to retire (finally) at some point and move over for the LeBron James and Carmelo Anthony’s of the world. Kobe will eventually retire and make way for Derrick Rose, Blake Griffin and the like. Well it is the same in Hip Hop. The music is ever-changing and while A Tribe Called Quest, Wu-Tang Clan and others from the era do not have the same impact with the younger audience, Kanye West and Eminem are two artists that enjoy commercial success with golden era rhyme skill sensibilities.

What does Hip Hop have to do with this conversation of fatherhood? Besides the aforementioned examples of artists who bring the importance of fatherhood and the effect of not having a father into their music, Hip Hop practically raised me. Hip Hop has raised a lot of people from single family homes or from the wrong side of the tracks. For me personally Hip Hop music allowed me to use my time creatively. I wanted to go to school in part to see my friends so we could battle or play roles in our favorite posse cuts like “Scenario” (I was always Q-Tip). There were times that if I wasn’t writing rhymes in my room I don’t know what else I would have been doing.

I lived through all the phases of Hip Hop post Sugar Hill Gang and I am happy for it. I could not imagine being a youngster in this day and age thinking Soulja Boy and Lil’ Wayne is better than Tribe, Big Daddy Kane, or Slick Rick in his prime. How could I not remember when I first heard Biggie’s song “Juicy” blaring out the radio on the second floor of Dr. Jay’s Downtown Brooklyn in the summer of 1994? Then going outside and hearing “Unbelievable” playing out of a bootlegger’s radio and thinking ‘that beat is ridiculous’!

I can’t imagine not being around to walk 20 blocks down Flatbush Avenue to a record store in November of 1993 to buy the “Midnight Marauders” album the day it came out and purchase another copy of “The Low End Theory” tape I lost in Jamaica, or being too young to know about the video to “The Symphony” or its sequel and not know the back story as to why Big Daddy Kane was not in the video (allegedly Kane did not appear either because he felt he was too big to do the video or he was upset that Kool G Rap was ending the song and felt he should go last as he did in the original).

I’m not sure if my father would have stuck around if I would have followed in his footsteps and become an electrician. In the ten years he was in my life about three of those were spent writing and drawing. I had a lively imagination which, combined with my passion for reading and love of cartoons, made for a lot of creative output.

My vivid imagination translated over to Hip Hop as well. In the early 1980’s, inspired by Run-DMC’s first album, I began writing my own raps for an imaginary group based off of Joseph Simmons, Darryl McDaniels and Jason Mizell. The rhymes mirrored the back and forth style made famous by the cats that were tougher than leather, but not as good.

My aspirations of being a rap star were years away at that point only becoming serious after a missed opportunity to kick lyrics for a certain legendary female MC who knew my sister from junior high school. She had come by the apartment my mother and I were staying in at the time in 1991 to pick up my sister and bring her to Penn Station. My sister was on her way back to Delaware State University and this famous MC took the time to stop by our little apartment to see an old friend.

That’s keeping it real. She knew me and my mom from those days with my sister in junior high school. That familiarity ironically made me hesitant to share my talent.

“I’m sure she has a bunch of people running up to her trying to kick raps,” I thought.

“She is on her leisure time right now, I don’t want to bother her with music stuff,” I reasoned to myself.

And finally “am I good enough to impress her?” was the million dollar question I posed to myself.

Even back then I was too hard on myself, my worst critic as the saying goes. My impromptu critique of my own skills kept me quiet that evening, even as I sat in the superstar’s jeep as we waited for my sister to come outside. She was listening to music. It was someone’s demo tape.

“What do you think?” she asked.

No it wasn’t. Truth was I didn’t hear anything but noise. I was still wondering why I was stopping myself from spitting my lyrics. The worst she could say was “no”. And that is exactly what I didn’t want to hear. It probably would have crushed me, sent me in the opposite direction completely.

As it were I let the female MC drive off with my sister that evening. As her jeep rumbled away into the noise that was Flatbush Avenue I immediately regretted my decision. I think I went in my room and wrote like three rhymes that night.” 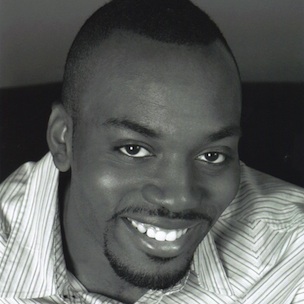 Jamiyl Samuels is a freelance journalist and screenwriter who has worked as a sports blogger for The UrbanDaily.com., contributed to popular sites such as AllHipHop.com, Vibe.com, Examiner.com, HOT97.com, 987KISSFM.com and more.

He graduated with a Bachelors degree in English and a Masters degree in Media Arts with a concentration in screenwriting from Long Island University in Brooklyn, New York. He is currently working on several writing projects including a collection of short stories and his next novel. He resides in New York with his wife and son. Read Jamiyl’s daily thoughts on his blog at www.wreachavoconline.blogspot.com. Follow him on Twitter @wreachavocwritr