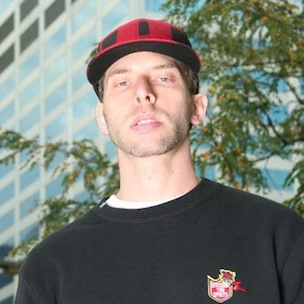 A Letter From Copywrite To The Fans And Friends Of Eyedea

In the wake of this past weekend’s learning of emcee Michael “Eyedea” Larsen’s untimely death, another Midwest emcee, Copywrite, provided HipHopDX and several other sites with a dedication. In the hours after that song, Copywrite asked that it be taken down after some listeners expressed concerns. Today (October 21) provided HipHopDX with the following letter:

“First of all, I would like to offer my deepest condolences and apologies to anyone who has taken the tribute song I did for Eyedea the wrong way. My thoughts and prayers are with his family, friends and fans. In no way shape or form did I intend to make an opportunity for myself with the loss of Eyedea. Hopefully, once I explain my thoughts and actions you will understand where I was coming from and accept my apologies.

It is true that I never met Eyedea; and that is why I mentioned it in the song, however I knew his work and of his great reputation as an artist. I respected him as a fellow musician regardless of my musical tastes or opinions. Last summer a mutual acquaintance had relayed to me that Eyedea was going through some problems. I asked on twitter to get a contact for Eyedea but never was able to make a connection.

Over the last two years I have gone through a lot of loss in my own life, starting with the loss of my longtime friend Camu [Tao], followed by the loss of my mother in May of 2009 and most recently the loss of my grandfather in April this year. I have been in a dark place and I am finally coming out of it now. I dealt with loss on my record that is coming out; in fact one song is a tribute to three musicians I have never met, Kurt Cobain, Biggie and my great-grandfather Skip Nelson. I have a song dedicated to Camu and to my mother on the record and I bring this up as an example of how I deal with loss.

Also, over the last couple of weeks I have been doing weekly freestyles on HipHopDX, I do them on Sundays so they can go up on Monday. While I was writing this last Sunday the news broke about Eyedea. Once I started thinking about it, I reflected on my own life, being close in age, same profession and having gone through similar problems. I also felt like I needed to do something, I do not have tons of money, but what I do have is talent for making songs.

I thought if I wrote a track for him as a tribute, to pay my respects and also post the link that his mom sent out for donations that I would be helping. Yet, I did not know this would be perceived as an “opportunity” on my part, as that was farthest thing from my mind. If I was trying to make “Candle in the Wind” and profit from someone’s loss, why would I rush the track on an already used beat and put up the song for free download next to the donation link his mother sent out?

Again, I am truly sorry for any pain I have unintentionally caused anyone and please know that I was only trying to pay respects. When I found out the song had affected people and was being misconstrued the wrong way I asked HiphopDX and other outlets that had it posted to take it down.