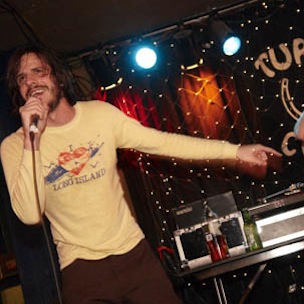 Between The Lines: Remembering Eyedea

Before I ever listened to Eyedea, I read his words. I came across an article online where the young Rhymesayer was named “one of the greatest emcees in the underground Rap world,” and the author quoted some of his lyrics. This intrigued me enough to search for his songs, skeptically believing the author was just gassing up another run of the mill Indie rapper. Always a lyrical head, I decided to read his rhymes before listening to him over beats. Once I began reading the lyrics to some of his early work, I understood that this was not some run-of-the-mill act. Each line was interesting and each story more compelling than the last.

Needless to say, I quickly went looking for a copy of his albums at a now defunct record shop nearby. There was a certain honesty in his music, a pure soulful spirit he poured out. This was an introduction into a mind that was as complex as his story lines. There was a flow that was unlike many others. No Pop sensibility. Just raw emotion. All of this was different and all of it was special.

As HipHopDX reported yesterday (October 17), the world lost Michael “Eyedea” Larsen at the young age of 28. Before we reported it, I heard the news and thought it had to be an online hoax, some type of sick joke that shouldn’t be made. Later, this was confirmed and messages of Rest in Peace quickly popped up throughout the web as few details about his death were released. Quickly, I dug back into those first discs, First Born and The Many Faces of Oliver Hart. Without missing a beat, I was reminded of that day when I first read his words.

That same day, I printed out a copy of the lyrics to “Bottle Dreams.” Knowing a friend could use those lines for support, I shared them with her, acknowledging only that I had found out about a dope emcee who had a strong message in his lyrics. Without an iPod or laptop at the time, I simply gave her a copy of those words. Like me, she was impressed by the lines in the track, the depth of the story and the sorrow in the song’s protagonist, a young girl who suffers abuse at the hands of her father. In “Bottle Dreams,” the young girl’s many cries for help go unnoticed until it’s too late. This was my way of letting my friend know that I heard her cries for help and it opened up a wave of communication that I still feel may have helped her, in some small way. For many people out there, this is what Eyedea did. He wasn’t just a dope rapper, or an incredible freestyle battler. While he was these things, he was also a soul that could empathize with others, a relatable figure with a message he often conveyed in music.

Now, over the years, I’ve had the privilege of speaking with Eyedea a few times. He was often somewhat shy, but always polite and open to talk in our brief exchanges. Whenever I met him, he’d stop, fill me in on upcoming projects and discuss how past work was received. During 2008, I was able to interview him for HipHopDX’s Underground Report, a story in which he shared insight as to why he was always so empathetic in his work. When I asked about his greatest accomplishment, he didn’t mention winning the Blaze Battle in front of HBO audiences or releasing critically acclaimed albums. Instead, he spoke of a pursuit of happiness.

I always thought this statement was important to his work because, like most artists, art comes from the sometimes harsh realities of life. While he may have been striving to understand others on a deeper level, he was always making music channeling this quest for comprehension of the human experience, a journey to understand joy. In doing so, he was able to connect with a lot of folks, my aforementioned friend included. If you had the honor to witness Eyedea in concert, you’d know this was something many fans felt. At one show, I looked around for a few minutes and realized many were copying his rapid fire delivery, reciting lines word for word. One guy in particular had his eyes closed and looked like he was about to cry while going over “Even Shadows Have Shadows.” It’s that kind of intensity that he inspired and that doesn’t come from a dope flow or an ill rhyme scheme alone. It comes from the heart.

In recent memory, we lost incredible Hip Hop artists and Eyedea’s name will be etched in the history books alongside many great artists who will be missed. His rhymes remain cherished by his loyal fans, listeners who were able to relate to his stories or emotional verses in a way that transcends Hip Hop sub-genres or racial barriers. We lost an important voice.

During the 2008 interview, Eyedea went on to say something else that resonates with me today.

“I think I was lucky in a lot of ways because I had people around me that were interested in putting out my music,” he said. “I was ambitious. I was always into working hard, even when I was seven years old. So, I worked hard fast and I also loved music and art. So, the more you like something, the more you do it. The more you do it, the better you get at it. With the whole underground Hip Hop thing and the internet…I don’t even know how to analyze the culture as far as how my voice actually got heard, [laughing] but, it did apparently.”

For the love of Hip Hop, that relatable and influential voice will forever be heard and remembered.