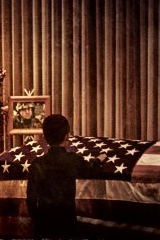 The album was backed by a national tour, and even debuted in the Soundscan Top 200. The historically press evasive Vinne Paz gave HipHopDX a look inside the album that the cult followed group champions as one of their best, and fans clearly turned out in droves to support, despite a fully independent budget.

“Me and Stoupe always take the approach that we want to make a whole album – not necessarily concept albums, but albums that sound like complete albums. The intros and interludes have become a big part of our sound. DJ Kwestion came through with the cuts on this and all the other cuts on this record. He’s been a major part of the operation since he joined the crew as our live deejay back in ’06.“

“Stoupe came through with this up-tempo track. Me and Jus [Allah] got in the booth on this one and spit battle shit. Since we became a touring group, we’ve purposely made songs that’ll bring energy to a live crowd. This is that style of track.“

“I’ve been friends with Block McCloud for a while now. He’s great with hooks. I had him do this hook and the ‘Godflesh’ hook for this record. The beat reminded me of some old RZA [click to read] shit. Demoz is featured here and on the track ‘Terror.’ We kept all the features within the [Army of the Pharaohs/Jedi Mind Tricks] [click to read] family. I’ve been fortunate enough to work with almost everyone I’ve ever wanted to work with in the indie rap scene, so we decided to keep the features within our camp this time around.“

“When I got this beat, I couldn’t stop listening to it. The voice and the drums kinda put you in a trance. It was the type of track that could definitely hold its own as an instrumental. This is somewhere between a concept and battle rap record. Probably an unlikely choice for a lead single, but we’ve always tried to play by our own rules.“

“Stoupe always has a few beats that jump out at me as concept tracks. This is one of the first songs that I recorded for the record. Normally, I deal with the concept songs last, but this beat and hook just spoke to me. The hook dictated the topic… ‘in the land of make believe…’ I wanted to write a song that broke down the media’s portrayal of women, cops, and all that without being too heavy handed. There’s a fine line between speaking to people and speaking at them. I’m an emcee, not a preacher.“

“This is the simple type of head-nod beat that I love as an emcee. Dope loop. Dope drums. I had this verse written for another beat, but decided to use it here.“

“The beat sounded like a posse cut when we got it. We originally recorded this over a different beat, but Stoupe came through with this one late in the game and we got Doap Nixon and Outerspace back in the booth to spit new verses.“

“Block McCloud came through with another catchy hook. King Magnetic set it off with an ill verse. Jus killed it batting clean up. The drum programming is a little unorthodox with all the kicks. Everyone was nodding their head to this one in the studio when we recorded it. We’re not the type of group to go in and consciously make ‘singles,’ but there are always a couple of songs that end up sounding like singles. This is one of them.“

“This beat is evil. Stoupe gravitates toward strings. The drums are vicious.“

“The beat is similar to what Stoupe did on ‘Blood In, Blood Out’ [click to read] from Visions of Gandhi. He beefed up the track with some live bass. He’s consciously made an effort to make our sound bigger with each record by adding more live elements. This is another battle rap track.“

“Since Legacy Of Blood [click to read], we’ve followed this pattern of ending our albums with introspective concept records. Sometimes traditions are a good thing. It gives me an opportunity to sit down and write about all the internal and external frustrations. Me and Stoupe both make an effort to make songs that sound different from one another but still feel like they fit on the same album.“