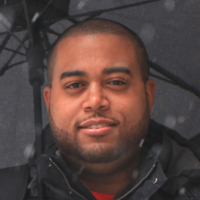 Despite the title, El Che is as much "Dead Presidents" as it is dead prez because the content is not overtly political.

Wyclef Jean - Toussaint St. Jean: From The Hut, To The Projects

Throughout his DJ Drama-assisted retail mixtape, Toussaint St. Jean: From the Hut, To the Projects, To the Mansion, the Preacher

La Coka Nostra - A Brand You Can Trust

Maino's experience in the prison system is a driving force on this southern-tinged album. With hit singles to carry the weight, this Brooklyn rapper has a few truly remarkable songs mixed in with filler.

The Kickdrums - Just A Game

The Kickdrums have already proven themselves capable as producers and remix masters; their debut EP proves that they are well-versed in all levels of music-making

Audio Biography is thus an early, unfinished memoir. There's still plenty of time for Boaz to determine which ending of the hustler's script he'll follow

The sounds are varied but subtle, the melody is emotional, and the drums are rich; that's Stoupe's signature to a tee. Though he writes that signature a bit differently throughout the album, Decalogue is a decent debut from an underground veteran.

Beat Konduckta Vol.5 & 6 is more flattery than imitation as Madlib doesn't try to be Jay Dee; it is inspiration passed from one contemporary to another.

Plies relies heavily on tricks that have worked in the past rather than develop more substantive music that is just as accessible. Da REAList delivers on Plies' tendency to target his core audience, but doesn't offer much else.

The South Central emcee explains video game endorsements, gang life, and why he speaks nothing but the truth.

Temporary threats aside, Freedom finds Akon focused on reaping the benefits of success. Whether singing about his family's immigrant struggles or his own misguided path, he just wants all roads to lead to a place of contentment

Termanology clearly has talent to spare, but for all his constant reminders, it doesn't always show. Much like Canibus, his verses are always well put together but not always compelling.

Cocaine Cowboys II: Down With The Queen

With colorful special effects, a message in his videos, and a vast background, this director is reshaping the art.

Scanz - Prelude To A Legacy

There is, however, more than enough content to suggest that Prelude to a Legacy could prove to be a prophetic title. Scanz has already displayed clever writing and production talent that complement his passionate delivery

It may be true that there is one life, one love, so there can only be one king; however, an empire in turmoil doesn't serve anyone's best interest. Maybe we were better off when the throne had room for two.

With the release of Bayani, their more ambitious and advanced sophomore effort, MC Geologic and producer Sabzi are once again calling attention to the left-coast's northern sector.

Darien Brockington - Someone To Love

Taking cues from his predecessors, he injects old-soul magic and places as much emphasis on the emotion of each song as he does on its music and lyrics.

Anyone who followed underground Hip Hop in 2000 remembers being enthralled by Mind Over Matter, Zion I's widely-praised debut album.