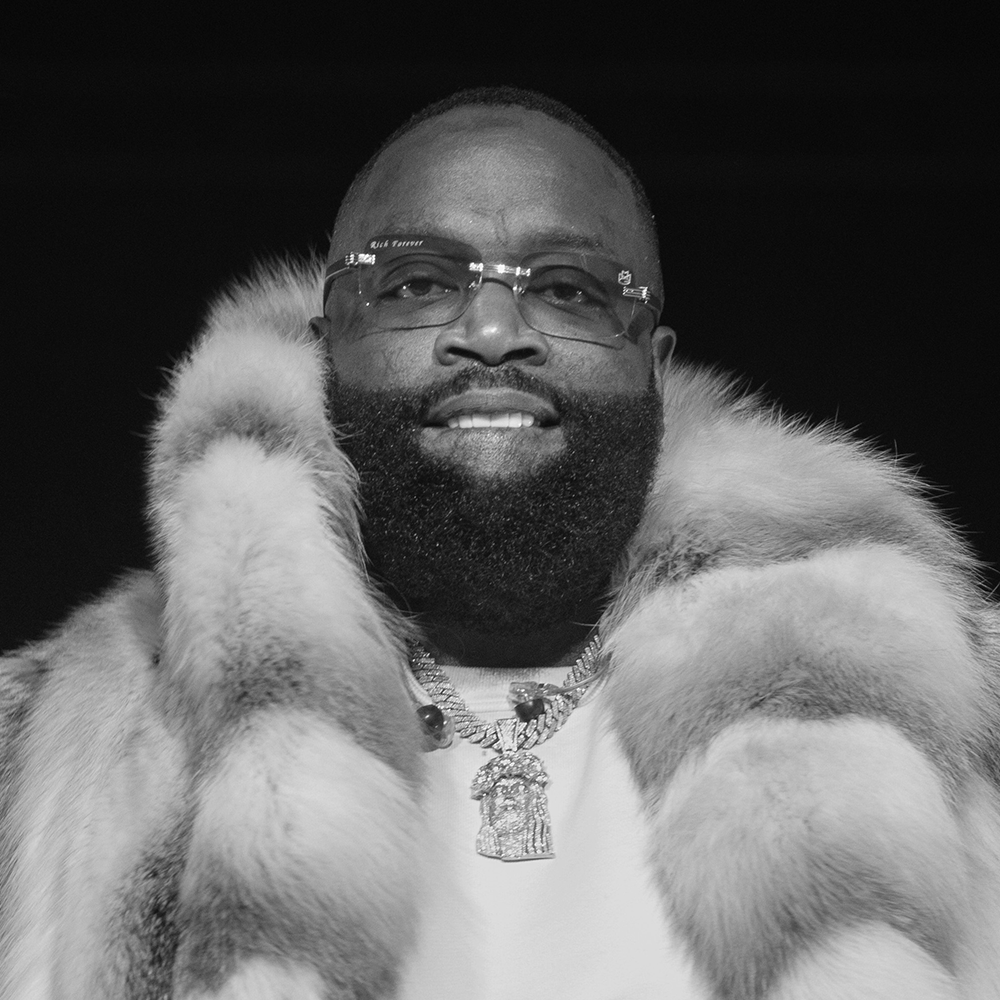 Rick Ross has carved out a unique space for himself as one of the most influential and renowned MCs of his generation. With an ear for selecting plush productions and crafting infectious hooks, only a few can luxuriate on a track like Ross. In 2006, Port of Miami, his debut album, went to number one in its first week. His follow-up, Trilla, hit the number one spot in 2008. Founding his label Maybach Music Group in 2009, Ross helped to launch the careers of Meek Mill, Wale, French Montana and more. A shrewd businessman, Ross owns several different Wingstop restaurant locations and penned his own book, The Perfect Day To Boss Up. A certified legend in the game, his latest LP, Richer Than I Ever Been was released in December of 2021.

Where was Rick Ross born?

He was born in Clarksdale, Mississippi, and raised in Carol City, Florida.

When did Rick Ross make his debut?

He made his recording debut on the song “Ain’t Shhh to Discuss” on Erick Sermon’s Def Squad Presents Erick Onasis.

In his early years at Suave House Records, he rapped under the name Teflon Da Don.

He has a partnership with Luc Belaire.

Has Rick Ross won any Grammys?

He hasn’t won yet but he’s been nominated five times.

When did Rick Ross release his latest album?

He dropped Richer Than I Ever Been in December 2021.