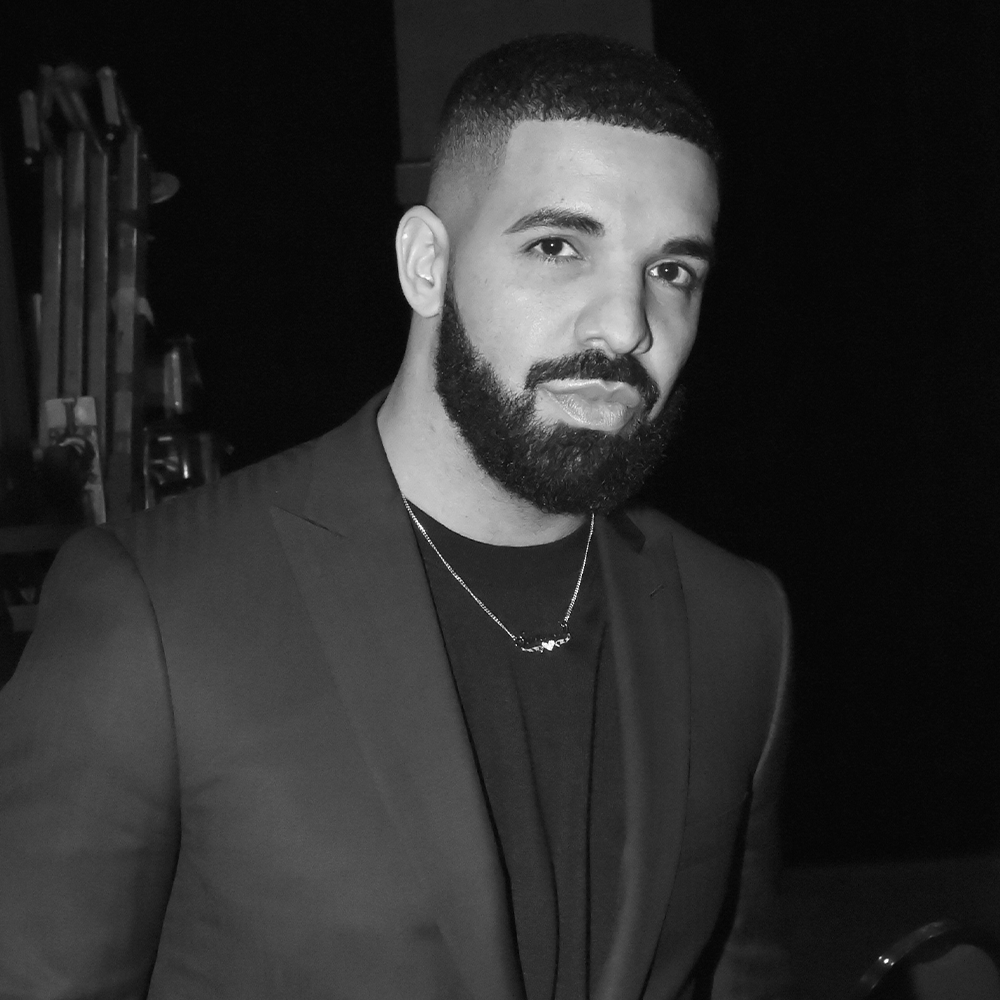 The highest selling rapper of the last 10 years (by a long-shot), Drake is a commercial juggernaut within Hip Hop, even while transcending the genre’s traditions. Since the release of his 2009 mixtape ‘So Far Gone,’ which earned him a deal with Lil Wayne’s Young Money imprint, Drizzy has amassed an astonishing amount of album sales, hit singles, platinum plaques, awards and streams (over 50 billion, to be precise). Through his combination of melody, charisma, vulnerability, witty lyricism and late-night ambience, the 6 God has helped showcase Hip Hop’s softer side while turning his hometown of Toronto into a musical hotbed. He’s fought off a few foes along the way, too.

No. Drake is not (and has never been) married. Sophie Brussaux is the mother of his son, Adonis, but they aren’t currently in a romantic relationship.

Has Drake won a Grammy?

When did Drake start making music?

Drake released his first mixtape ‘Room For Improvement’ in 2006 at the age of 19. According to ‘Degrassi: The Next Generation’ creators Stephen Stohn and Linda Schuyler, Drake regularly arrived late to set after spending nights recording music.

Did Drake and Nicki Minaj date?

No. Despite their close friendship and professional relationship, Drake and Nicki have never officially dated. During a 2018 appearance on ‘The Ellen Show,’ Nicki stated, “I've never been in a relationship with Drake.”

As of writing this question in July 2021, Drake has never gone diamond. The closest he’s come is with his 2016 album ‘Views,’ which has been certified 6x platinum.

Did Drake go to college?

No. Drake dropped out of high school when he was 15 to pursue acting and help support his family. In 2012, Drake finally earned his diploma at the age of 25. “97% on my final exam. 88% in the course,” he tweeted. “One of the greatest feelings in my entire life. As of tonight I have graduated high school!”

Yes. In October 2020, SZA confirmed that she briefly dated Drake in 2009 after she turned 18. “I just didn’t want anybody thinking anything underage or creepy was happening,” she tweeted. “Completely innocent. Lifetimes ago.” Drake made their brief fling public when he rapped, “??Yeah, said she wanna fuck to some SZA, wait / 'Cause I used to date SZA back in '08” on 21 Savage and Metro Boomin’s “Mr. Right Now.”

No. Drake was born and raised in Toronto and has dual Canadian and American citizenship. His father, Dennis Graham, is an African-American from Memphis, TN, and his mother, Sandra Graham (née Sher), is a Canadian of Ashkenazi Jewish heritage.

Drake Gets Put Through His Paces In Bodybuilding Workout

NBA YoungBoy Scoffs At Suggestion Drake Is On His Level: 'Who?'